podcast
What Americans Would Do If They Ran out of Cash in Retirement
By admin | 11 Sep, 21 | 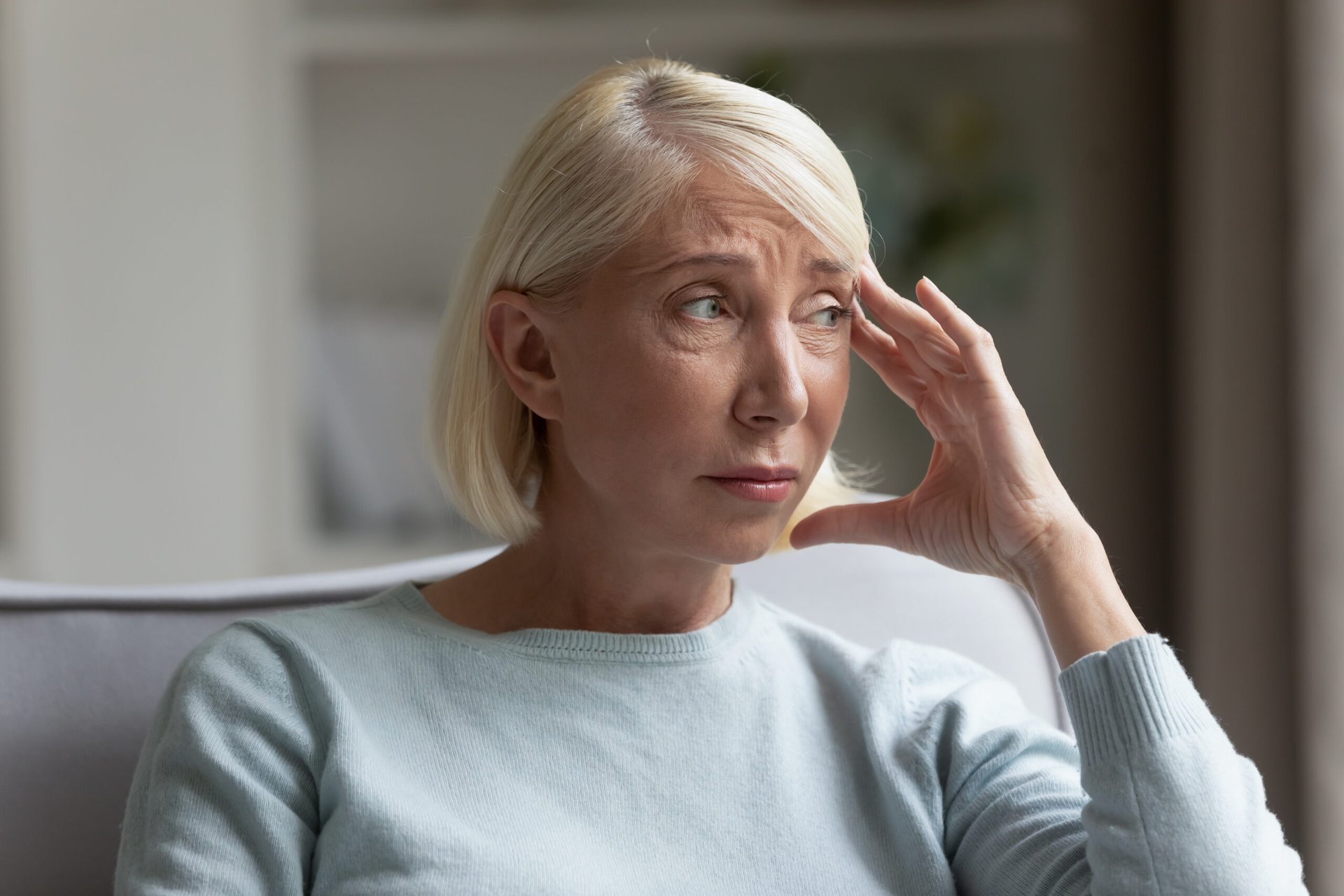 Americans say this is where they would turn if they found themselves in a financial crisis during retirement.
10 Best Books On Financial Independence Retire Early (FIRE Movement)
By admin | 3 Sep, 21 |

Does escaping the rat race by building passive income streams appeal to you? Find out the best books about FIRE and financial freedom.
Retiring at This Age Helps Protect Brain Function
By admin | 2 Sep, 21 | 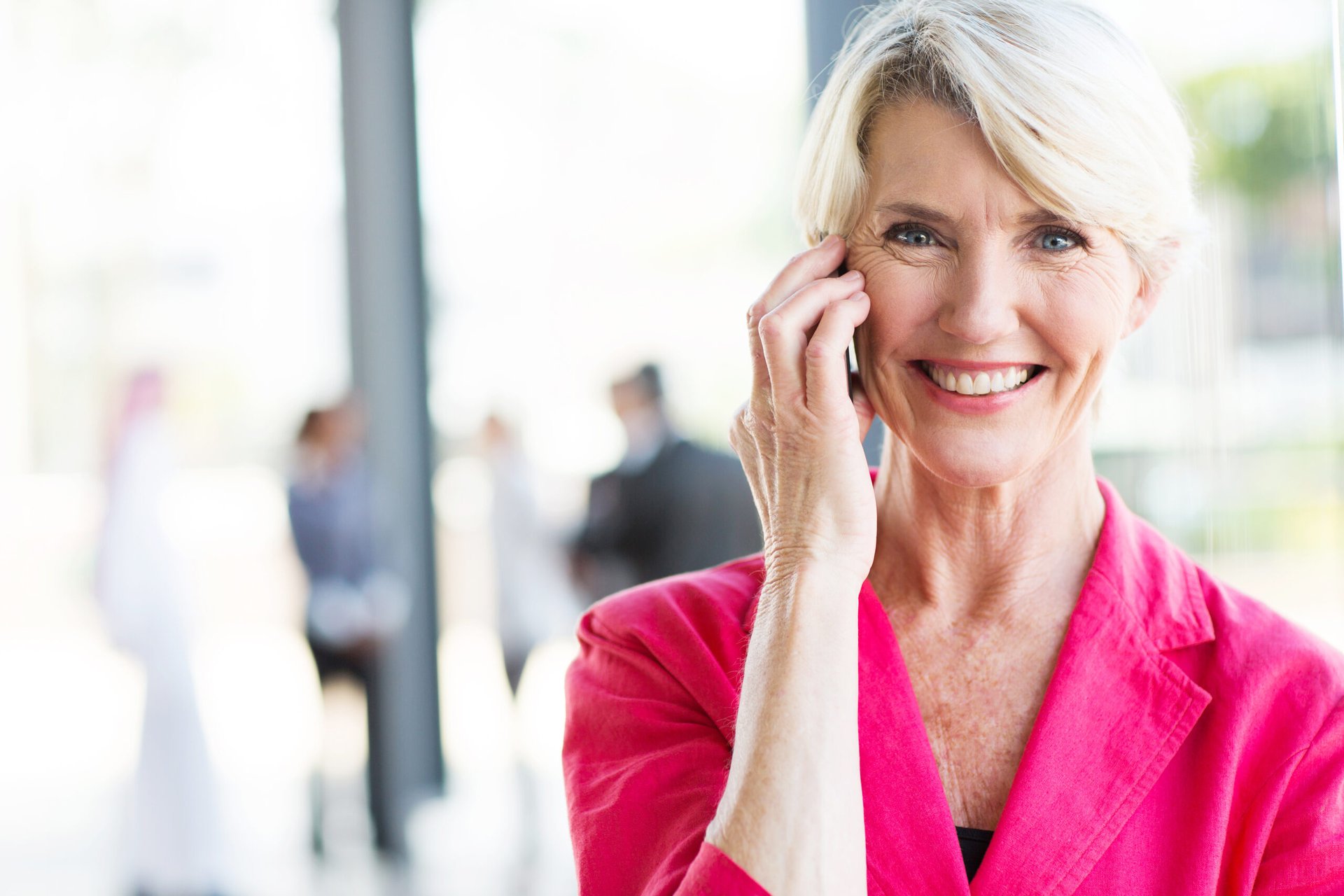 Working a little longer may help you stave off cognitive decline, according to the findings of a study out of Germany.
PODCAST: The Ins and Outs of IRAs with Ed Slott, CPA
By admin | 24 Aug, 21 |
Are you saving for retirement? Good start. But almost everyone has something to learn about optimizing their individual retirement account from IRA strategist Ed Slott. Also, the next round of retirement-planning changes Congress is eyeing.
8 Ways to Insulate Yourself from Inflation
By admin | 21 Aug, 21 |
Rising prices are all over the news these days, and they may be with us a while. So, it could be time to take action to protect your investments and limit your costs. Here are eight ideas to consider.
Productive, Happy, FocusedâHow Small Habits Bring Big Success
By admin | 17 Aug, 21 |

Today’s episode is a conversation with Jeff Sanders, host of The 5 AM Miracle Podcast and author of the The Free-Time Formula: Finding Happiness, Focus, and Productivity No Matter How Busy You Are. Jeff and I discuss some simple strategies he has used to define and commit to the habits that have delivered amazing results for him.

Jeff’s success story begins with simply waking up at 5 a.m. one day to run. With no specific goal or intention, he decided to give it a try. Fast forward to today, and he hosts a podcast, has authored books, and runs a business all due, in part, to that simple habit change. Just imagine what his advice might help you achieve!

I'll summarize our conversation here, but I encourage you to click on the audio player above or listen to the show on your favorite podcast app to get every juicy bit of his sage advice on being productive through finding and forming habits that work for you.

Begin by choosing the “right” habits

Whether it’s flossing more, Insta-gazing less, or jumping on that Paleo train, we all know that changing habits can have big impacts on our health, families, and careers. But what if your challenge is that you’re not sure which habits to focus on?

It could start with knowing you want something—maybe a promotion, a new job, or to start your own business. Or maybe you’re not sure what you want. Maybe you feel bored or stuck or stagnant and you’re just looking for something to change. How can changing a habit help your cause? And what habit do you start with?

There is no right answer, so just pick something. Doing anything is better than doing nothing.

Jeff’s secret? There is no right answer, so just pick something. Doing anything is better than doing nothing. Try something on, see if it fits, and be ready to let it go if it’s not serving you.

Jeff likes the “tinker and try” method. He started with a 5 a.m. wakeup. He had no specific goal; he just needed a change. And he discovered that with this simple switch to his routine, he found time to exercise and then plan and prep his day before 9 a.m. This left him energized, focused, and ultimately more productive.

He also tried habits that didn’t suit him. Meditation, something we all know we’re “supposed” to be doing, just didn’t work for him. But rather than seeing his inability to meditate as a personal failing, he simply labeled the meditation habit as "not for me" and moved on.

Make a list of 5-10 habits you'd like to try. Rank them in order of the most compelling to the least, and then choose one per week for the next several weeks. By test-driving each habit, week by week, you're likely to find one that fits.

Build routines that support the habit

Choosing a habit and making it stick definitely aren’t one and the same. So how do we bring a new habit to life?

Jeff offers a number of strategies that have worked for him. Here are the highlights:

Pave the path of least resistance

When Jeff woke up to run that first day, he realized that, in his bleary-eyed state, it took a lot of effort to get dressed, fill his water bottle, lace up his sneakers, and cue up his music. So in preparing for day-two, he laid out clothes, water, and iPod the night before. Then, all he had to do was get up and go.

Make it so easy to say yes that saying no would feel ridiculous.

What’s your version of this? Maybe your goal is to read more business articles. How about starting by finding 10 you want to read. Digitally bookmark them (or print them out, if you prefer), and then prepare a retreat in your favorite reading nook with a notebook, pen, and your favorite mug filled with your hot beverage of choice. When the time comes to dedicate yourself to reading and absorbing those articles, you'll have made it so easy to say yes that saying no would feel ridiculous.

FBOTs is Jeff's acronym for Focused Blocks of Time. It’s committing yourself to do something by making (and protecting) time for it on your calendar. Think you’re not updating your LinkedIn profile because you don’t have time for it? Then schedule a time for it and consider that appointment with yourself non-negotiable pending true emergencies.

FBOTs are Focused Blocks of Time—committing yourself to doing something by making (and protecting) time for it on your calendar.

Take it a step further and schedule a weekly hour dedicated to developing your personal brand. Then, know that each week, whether it’s cultivating your social profile, updating your resume, or growing your network, you’ve committed an FBOT to developing you. That’s a beautiful habit to begin!

Know all of your selves

As proud as Jeff is of the 5 a.m. version of himself, he’s honest about how difficult the 9 p.m. version of himself can make things when it comes to his commitment to habit change. Getting up at 5 a.m. with the energy to run means going to bed at 9. But 9 p.m. Jeff doesn’t always want to do that. Because the siren song of Netflix is powerful.

So Jeff makes sure that all of his selves stay focused on the benefits of the habit change. Every night at 9, when Netflix is calling his name, Jeff has to recognize the temptation and recommit to his healthy habit. Reminding himself of how great it feels to run and plan—happy, healthy, and focused—generally helps 5 a.m. Jeff win the battle against temptation.

Link up your identity

Don’t just be a person who gets up early to run—be a runner, and be proud of that.Maybe instead of being someone who reads an article per week you identify yourself as a lifelong learner. You’re not someone looking for a job; you’re an ambitious go-getter growing a lifelong career.

It may feel like semantics. But words and mindset matter. Who are you striving to be? How does the habit you've formed support you in that quest?

Keep a habit only as long as it works for you

One of Jeff’s secrets to success is a constant re-evaluation of what he’s doing and what he’s striving for. His goals may change over time, and so too might his habits.

This constant re-evaluation requires a time investment, but that investment has paid substantial dividends over the years. So many of us are “too busy to be productive,” he says. And when you feel like your calendar has overtaken you, it’s time to change.

Jeff does a weekly review during which he looks at the week behind and plans for the week ahead. He asks himself some simple questions:

The process is simple and efficient, but it helps him maintain clarity, focus, and joy in his work and life. And that's pretty darn close to a perfect definition of success. 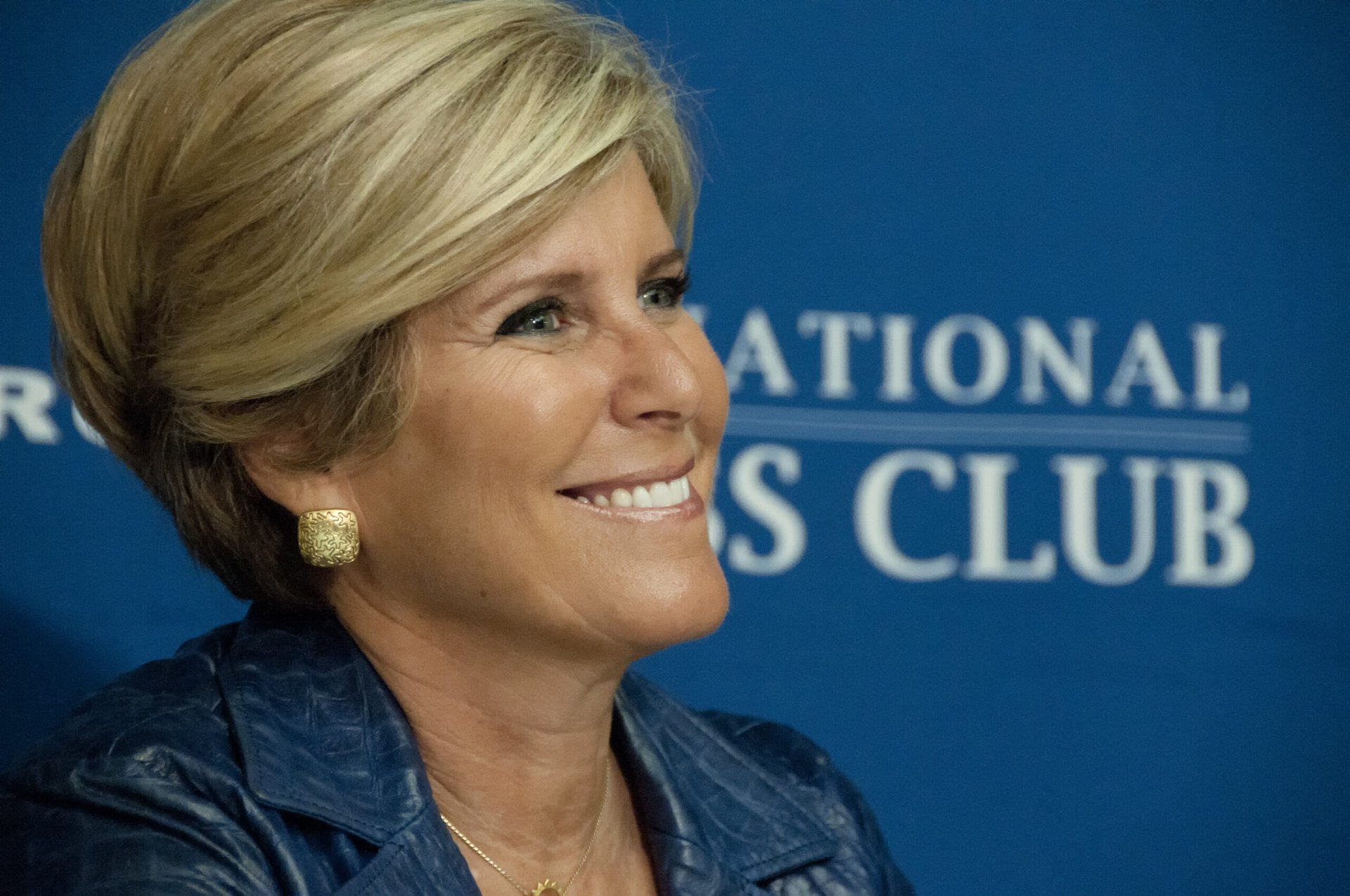 Beware: The self-proclaimed personal finance expert has a track record that suggests more sizzle than steak.
OK Boomer vs. Avocado Toast: How to Talk Money Across Generations
By admin | 30 Jul, 21 |
Itâs time to quit the judgmental money blame game. Letâs open up some healthy lines of communication instead. Itâs something that can benefit us all, and it can even be fun.
3 Ways to Listen to Free Music Online – Downloads, Streaming & Radio
By admin | 26 Jul, 21 |

Music lovers crave options - and now they finally have them. Learn about the best ways you can listen to music at no cost.
Motley Fool Subscriptions – Membership Types, Costs & What They Offer
By admin | 19 Jul, 21 | 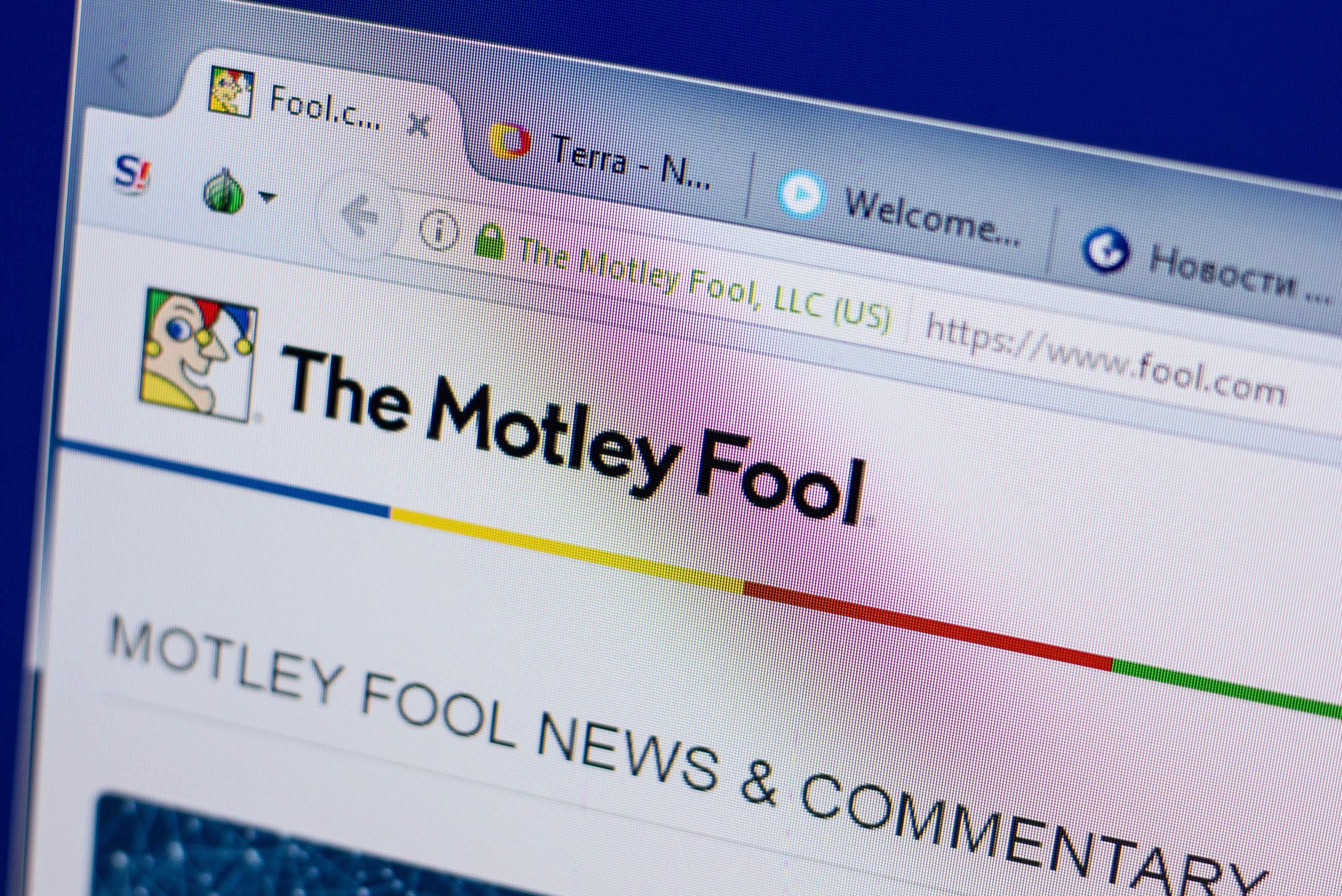 The Motley Fool is an online peer community for serious investors and traders. Learn whether a subscription is worth the cost for you.
1 2 3 … 20 Next